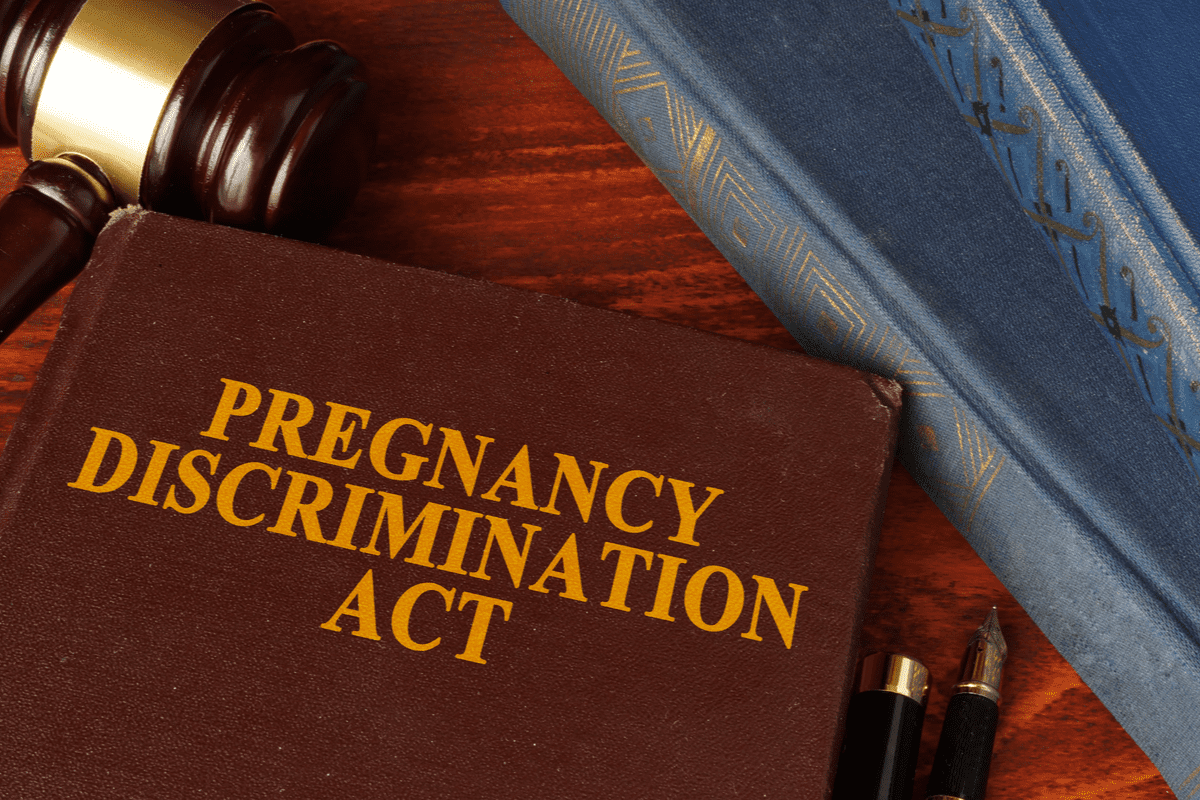 Pregnancy discrimination is a particularly awful form of discrimination because it targets a subset of employees and may deter those employees from considering pregnancy. Employers should not interfere with a woman’s right to conceive a child and should encourage pregnancy where appropriate. When facing this type of discrimination, women should understand their rights and protections in the workplace.

What is the Pregnancy Discrimination Act?

The Pregnancy Discrimination Act of 1978 (PDA) is an amendment to Title VII of the Civil Rights Act of 1964, which provides pregnant women with workplace protections. Title VII prohibits employment discrimination and harassment based on a list of protected classifications, including race, color, religion, sex, and national origin. Since its passage, Congress has passed numerous amendments to include other forms of protected classifications like age, disability, veteran and immigrant status, and pregnancy.

What Constitutes Pregnancy Discrimination in the Workplace?

According to the Equal Employment Opportunity Commission (EEOC), the agency tasked with investigating and adjudicating claims of employment discrimination, the PDA prohibits employers from

treat[ing] a pregnant worker who is temporarily unable to perform some of her job duties because of pregnancy less favorably than workers whose job performance is similarly restricted because of conditions other than pregnancy.

Common forms of pregnancy discrimination can include terminating a woman for becoming pregnant or expecting her to become pregnant during her employment or the failure to:

Who Enforces the Act?

To begin the claim process, an employee must first file a complaint form with the EEOC describing each instance of discrimination. The EEOC will then open an investigation into the complainant’s employer by reviewing relevant evidence to determine whether the employee’s allegations meet civil rights violation standards.

Once an investigation concludes, the EEOC will determine whether to file a complaint on the employee’s behalf. Filing a complaint does not necessarily mean the employee violated the law. Instead, filing a complaint allows the case to proceed with the complainant’s permission. The EEOC will then require both parties to engage in mediation to resolve outstanding issues, including resolving the matter through a financial settlement, granting the employee’s request for accommodation, reinstating the employee after their termination, or adopting new policies to address concerns raised by the action.

Finally, after mediation, the EEOC may still not continue the complaint process and not file a lawsuit. However, once this determination has occurred, the employee can request a right-to-sue letter granting a court jurisdiction (the ability to review a legal matter) over the case.

I Just Found Out I’m Pregnant. What Should I Do Now?

As all mothers know, some pregnancies are planned well in advance, while others can be a bit of a surprise. Regardless, one of the most important things a woman can do is notify her employer of her pregnancy. Providing notification is a courtesy to employers and helps both expecting mothers and their employers plan for the future.

There is no actual legal requirement for someone to notify their employer of pregnancy in most cases. However, it is good practice to notify your employer sooner rather than later and notification will commence the process to utilize leave time. For example, pregnant employees should provide a supervisor or manager with written notification of their pregnancy and ask to speak with that person about the next steps.

At this point, most employers will likely want to talk to the employee about the next steps, including the potential use of the employer’s materiality leave policies, reasonable accommodations for the employee, and a general timeline of the expected due date. Employees should always keep detailed records of correspondence or other documents to communicate with their employer about any issues that may impact their ability to perform their job duties.

How Should an Employee Address Discrimination Based on their Pregnancy Status?

Employment lawyers know first-hand the incredible impact discrimination can have on an employee’s morale. It can be an emotionally draining experience for many. Once a woman faces discrimination in the workplace due to a pregnancy, they should do the following to address it directly and prepare for future legal proceedings:

What Other Laws Protect Pregnant Employees in the Workplace?

Although the PDA protects women from discrimination based on their pregnancy status or an expectation of becoming pregnant, women can look to other laws for additional protection—in some cases, violations of these laws can also constitute pregnancy discrimination. Such laws include: