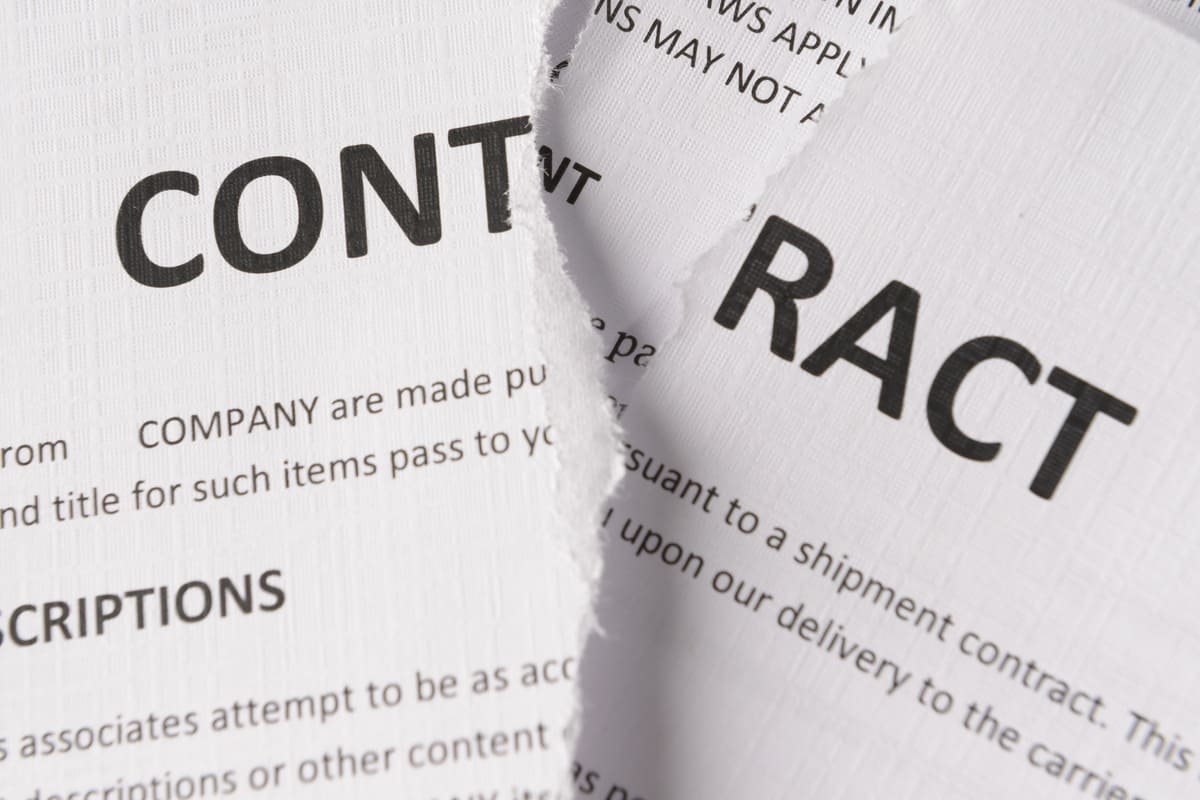 In the business world, particularly for those who deal with a lot of contracts with vendors, employees, or even customers, it is only a matter of time before someone fails to meet the requirements of the contract. While the reasons why one party in the agreement was unable to hold up his or her end of the bargain are endless, the ways in which a breach of contract can occur are not. Read on for more information about the four types of breach of contract you should be aware of.

What is Breach of Contract?

A contract is a legal document that requires each party entering into an agreement to meet certain obligations. A breach of that contract occurs when one party fails to meet the contractual provisions. Because the contract is legally binding, the first step in the process of obtaining compensation for the losses you experienced as a result of the breach is by determining that a breach did, in fact, occur.

Four Types of Breach of Contract

There are four main types of breach of contract, as listed below.

An anticipatory breach of contract can occur even before the deadline on which the services or product was due if the party tasked with performing the service or creating or delivering the product states that he or she is not going to complete his or her obligations under the contract by the applicable deadline. While evidence of this type of breach often includes one party stating to the other that he or she does not intend on delivering on the terms of the contract. However, it can also be proven if one party can show by the other’s actions that he or she has no intention of honoring the contract.

A material breach of contract is a failure to perform the obligations of the contract in which the failure strikes so deeply at the purpose of the contract that it renders the contract irreparably broken and unenforceable. An example of this type of breach would be if you were to contract with a home builder to build your home for you and the builder failed to meet his or her obligations so completely that not only did you not get a house that was built to your specifications, but no house was built for you at all. Individuals who have been on the receiving end of a material breach of contract can seek compensation for all direct and indirect losses they incurred as a result of the other party’s failure to perform.

A minor, or partial, breach of contract occurs when the deliverable aspects of the contract were eventually honored, but the party failed to meet some sort of obligation. Using the home builder scenario once more, if you hired a person to build a home for you according to your specifications, and the builder did build the home but was late in completing the project and several of the rooms were painted a different color than what you had requested, these would be considered minor or partial breaches of contract. With this type of breach of contract, the claimant can seek compensation for any financial losses that occurred as a result of the breach, such as the cost of paint and hiring someone to paint the room as specified, or two months worth of rent that was incurred because the home was not finished by the due date specified on the contract.

How to Prevent a Breach of Contract

One of the ways to avoid breaches of contract that can result in a loss of money and time is to ensure that the contracts you make and enter into with others are legally enforceable. An experienced contract lawyer can look over the provisions to ensure that language is clear and that you have a complete understanding of what your obligations are as well as what the other party’s obligations are to you.

It is also important that, when you enter the agreement with the other party, the other party is aware of your expectations for the project through a thorough handover process in which these expectations are gone over with both parties completely. Once the contract has been signed, regular monitoring of the performance of the contract is necessary to ensure that the provisions are being met while there is still time to address concerns that each party might have with their ability to meet the requirements.

What Happens if a Contract is Breached?

If a vendor, employee or customer has breached a contract, you can seek recovery of your financial losses directly related to the breach as well as other losses in some cases. An experienced contract lawyer from Perkins Asbill can help you understand your legal options. We have more than three decades of experience in business and employment law. Contact us online to learn more about your options or by calling 916-446-2000.