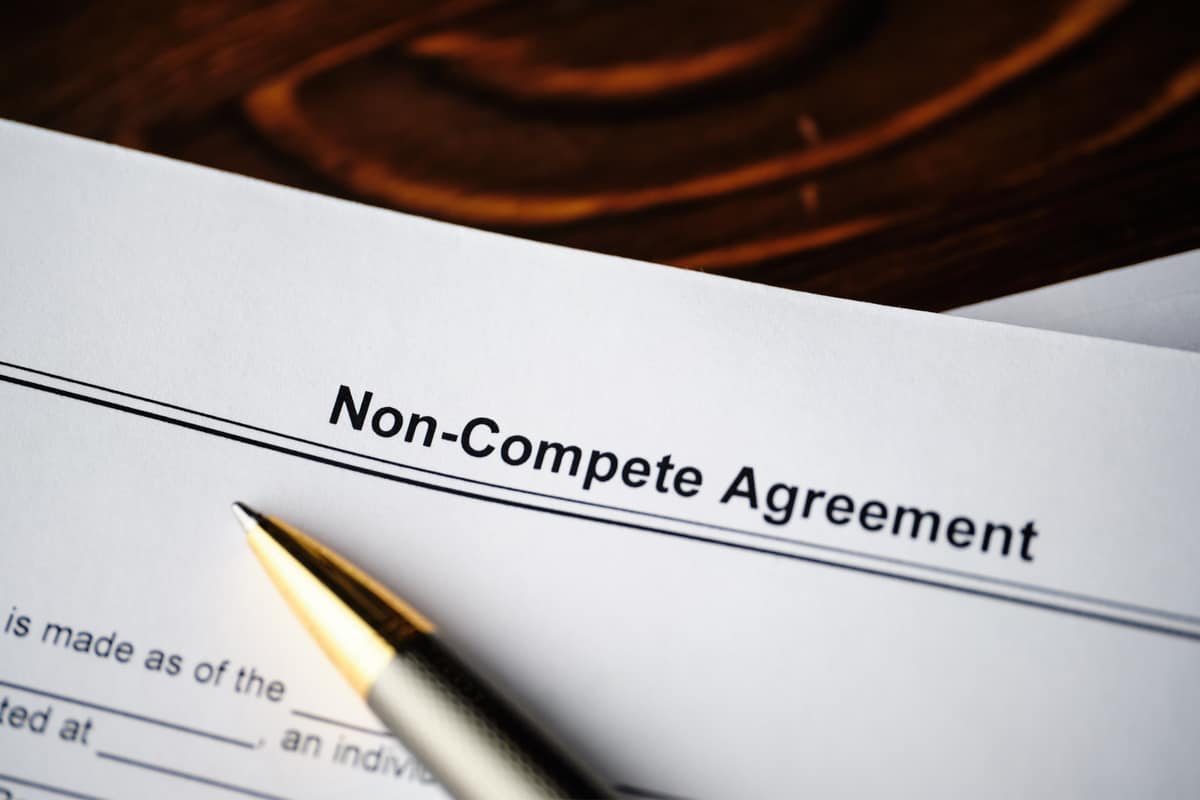 Generally speaking, non-compete agreements (also sometimes called non-competition agreements, or simply non-competes) are not enforceable in California against former employees. However, those agreements can be enforced against others, including former business partners, former members of a limited liability company, and parties to the sale of a business.

In addition, in some circumstances California courts may enforce non-solicitation and non-disclosure agreements, which can sometimes limit an individual’s future employment prospects.

A non-competition agreement, as its name implies, is a contract restricting someone’s ability to compete with a business, usually after termination of a relationship with that business.

In most U.S. states, employment agreements routinely contain non-compete provisions. The ostensible purpose of a non-compete is to shield an employer from the expense of training an employee, only to have the employee quit and put those skills to work for a competitor. Courts in most states will generally enforce a non-compete so long as it is reasonably limited in its subject-matter, geographic scope, and duration, and provided it serves a legitimate business purpose. What constitutes a reasonable limitation and a legitimate purpose varies from state-to-state and case-to-case.

California, however, is different. Here, state law effectively bans agreements not to compete between employers and employees. California Business and Professions Code (BPC) §16600 states, in no uncertain terms, that:

Except as provided in this chapter, every contract by which anyone is restrained from engaging in a lawful profession, trade, or business of any kind is to that extent void.

California courts have consistently interpreted this statutory language to mean that, by-and-large, agreements restricting employees from competing with their former employers constitute unreasonable restraints on trade, and are void.

Non-Competes Allowed Against Others

As the proviso “Except as provided in this chapter” suggests, however, BPC §1600 is not absolute in its ban on non-competes. It allows for exceptions, three of which (found at BPC §§16601, 16602, and 16603) have particular significance in the context of employment law.

So, for example, a partner in an accounting firm may agree not to compete with that partnership in the geographic area where the partnership has continued to do business, if she chooses to leave and start her own accountancy. The partnership can enforce that obligation against its former partner, even though it could not enforce an identical restraint against a former employee.

Similar to partnerships, California statutes also allow for enforcement of non-competes against former members of a limited liability company (LLC). The law permits non-competes entered-into in anticipation of dissolution of an LLC or a member’s interest in it, restricting a member’s ability to compete with another member or anyone carrying-on the LLC’s business, in a geographic area where the LLC has done and continues to do business. Notably, this exception might permit enforcement of a non-compete against an employee who was also an LLC member, provided the restrictions of the agreement are tailored to that person’s role as a member.

In connection with the sale of a business (including its goodwill), or the sale of someone’s interest in a business, the parties to the sale can agree that the seller will not compete with the business in the geographic area where the business has done and continues to do business. This exception to the prohibition on non-competes applies in the context of the sale of a partnership interests, LLC membership interests, capital stock in a corporation, and a subsidiary of a business entity. As above, this restriction could apply to a former employee who owned and sold interests in a business, provided the restriction is appropriately tailored.

Enforceability of Non-Solicit and Non-Disclosure Agreements

Non-competes often go hand-in-hand with two other types of agreements that cover related subjects: non-solicitation agreements and non-disclosure agreements. Here is how California law addresses them.

For the same reasons that it prohibits non-competes, California law generally prohibits enforcement of non-solicitation agreements against former employees, because those agreements tend to restrain individuals from engaging in their professions or occupations. California courts may, however, enforce a non-solicitation agreement against a former employee if its core purpose is to protect the employer’s trade secrets or confidential business information (as to which, see below).

Under the exceptions to BPC §16600, California courts generally will enforce non-solicits against partners, LLC members, and parties to the sale of a business or business interests, provided the agreement relates to the conduct of business in a specified geographic area.

Employees often have access to sensitive information in the course of their employment. Employers have an understandable interest in protecting against the misappropriation of that information after an employee leaves the fold. For that reason, employment contracts commonly contain confidentiality and/or non-disclosure provisions prohibiting an employee from sharing or using an employer’s trade secrets and other confidential information post-employment.

Unlike non-competes and non-solicits, California courts generally will enforce these non-disclosure agreements, even against former employees, and even if they arguably impact an employee’s future employment prospects, so long as they protect information validly characterized as a trade secret or entitled to confidentiality. However, courts in California will reject NDAs that define the protected information so over-broadly that they effectively act as non-competes or non-solicits that unlawfully restrain ex-employees.

If you have questions about the enforceability of a non-compete, non-solicit, or non-disclosure agreement in California, a skilled business litigation lawyer at Perkins Asbill can help. Contact us online or call 916-446-2000 to speak with a member of our team.