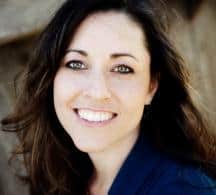 Ms. Asbill is an Associate Attorney with Perkins Asbill. She has successfully prosecuted and defended business and employment cases in state and federal court and throughout the federal and state administrative process, including claims with the Merit System Protection Board; the Equal Employment Opportunity Commission; the Division of Labor Standards Enforcement; the Department of Fair Employment and Housing; the State Personal Board; the Department of Personnel Administration; and the California Unemployment Insurance Appeals Board.

Ms. Asbill has extensive experience and knowledge in contract and business litigation, in addition to having experience in litigating issues surrounding property rights and use of easements.

Ms. Asbill graduated in 2004 from the University of California, Sacramento, receiving a Bachelor of Science in Sociology with emphasis on Criminology and Deviant Behavior. In 2011, Ms. Asbill received her Juris Doctor from Lincoln Law School, Sacramento.

Ms. Asbill as a single parent is very involved with raising her son. As well as giving back to those in the community and is currently an active volunteer at Sacramento’s Front Street Shelter.