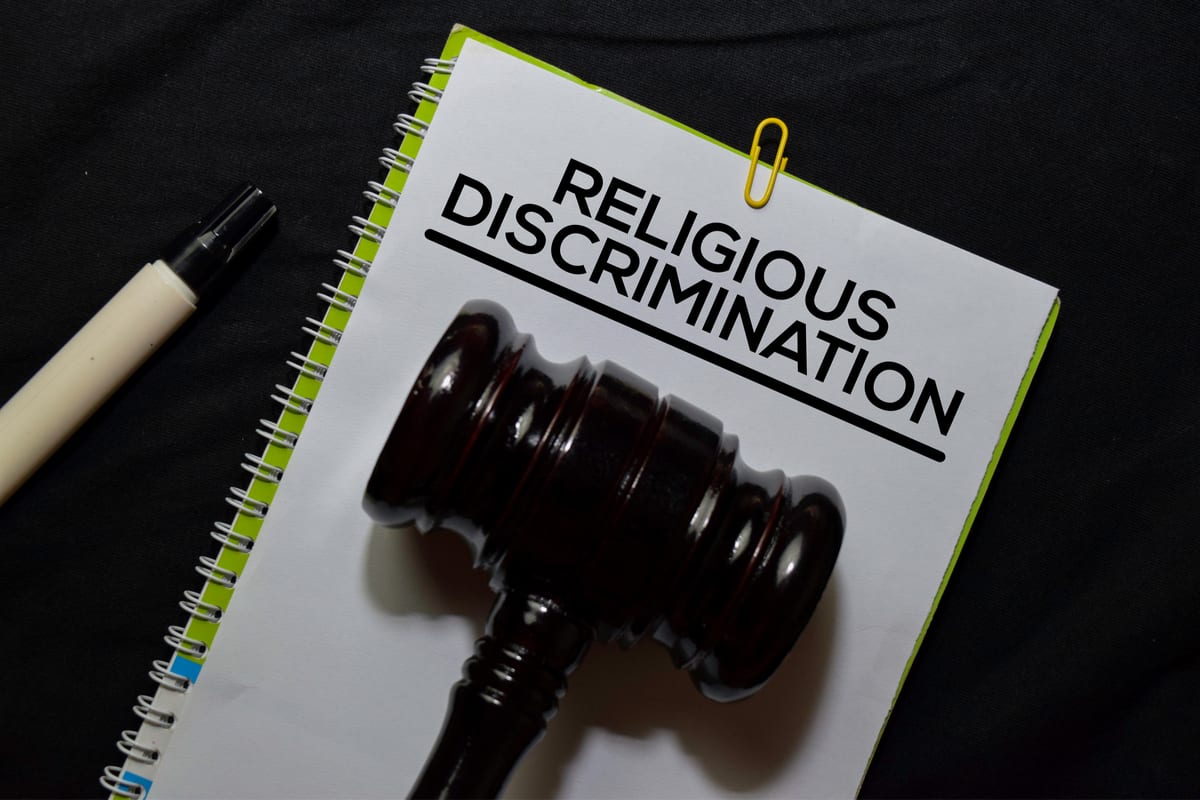 Most Sacramento-area businesses and their workers generally understand that religious discrimination in the workplace is illegal. They may not, however, have full knowledge of the scope of the protections laws and regulations afford to religious practices in connection with employment, and what types of decisions and conduct might constitute religious discrimination at work.

Here are 8 things every Sacramento employer and employee should know about illegal religious discrimination in the workplace.

The Law Contains Robust Protections for Religious Beliefs and Practices

California’s principal civil rights laws, the Fair Employment and Housing Act (FEHA) and regulations promulgated under it, and equivalent provisions of federal law, contain broad, powerful provisions protecting employees against religious discrimination at work, and barring businesses from engaging in religious discrimination against customers and others. The law’s protection of religious beliefs and practices (often referred-to as a person’s “religious creed”) has historically deep roots that, to this day, reflect the founding principles of the country and of communities throughout the state.

The Protections Apply to All Religions and Religious Practices, Not Just Major Faiths

Regulations adopted by the California Department of Fair Employment and Housing (DFEH) to implement FEHA explain that a “religious creed” protected under civil rights law consists of:

any traditionally recognized religion as well as beliefs, observances, or practices, which an individual sincerely holds and which occupy in his or her life a place of importance parallel to that of traditionally recognized religions. It encompasses all aspects of religious belief, observance, and practice, including religious dress and grooming practices.

Most Employment Actions Motivated By Religion Amount to Illegal Discrimination

Any employment action affecting a job applicant or employee, which is motivated by that person’s religious beliefs or practices, or lack thereof, constitutes illegal discrimination under FEHA. Examples include:

These are just a few examples of the wide array of religiously-motivated job actions that can amount to illegal discrimination. As a general rule, any action a Sacramento employer or supervisor takes that has religion as its motivating factor risks violating FEHA and federal law.

Avoiding the types of overt discriminatory actions listed above amounts to just part of an employer’s obligations under civil rights laws. An employer must also make reasonable accommodations for employees’ religious beliefs and practices. Under DFEH regulations:

A reasonable accommodation is one that eliminates the conflict between the religious practice and the job requirement and may include, but is not limited to, job restructuring, job reassignment, modification of work practices, or allowing time off in an amount equal to the amount of non-regularly scheduled time the employee has worked in order to avoid a conflict with his or her religious observances

California law and regulations expressly provide, for example, that reasonable accommodations include:

The Law Applies Not Just to Employees, But Also Apprentices and Interns

In many California job sectors, such as entertainment, law, marketing, manufacturing, and building trades, apprenticeships and internships offer Californians just starting out in the workforce valuable opportunities to gain experience and to lay the foundation for a career.  Some of these positions come with a modest salary, but many are unpaid.

Most, But Not All, Religious Entities Are Exempt From Religious Discrimination Rules

State and federal law generally exempts religious organizations and associations, including churches, mosques, and synagogues, from religious discrimination rules.  However, a private, for-profit religious entity may not necessarily enjoy the same exemption, even if it is controlled by an exempt religious institution.

For example, a church hiring a new youth minister can usually take applicants’ religious beliefs into account in making its selection. However, that church’s separately-incorporated, for-profit, book publishing company may not have the right to discriminate on the basis of religion when screening applicants for an editorial position.

In addition, religious entities may also face liability for other forms of discriminatory conduct. This is an area of law that routinely stirs controversy, because of the tendency for religious organizations to raise objections on religious freedom grounds whenever a new law aims to regulate their conduct.

Californians subjected to religious discrimination at work often have the right to sue their employers and the individuals who discriminated against them.

A successful religious discrimination lawsuit may achieve an award of money damages that include back-pay, front-pay, lost benefits, and compensation for lost promotions or job opportunities. The law also permits courts to order job reinstatement and other non-monetary relief, and to direct the employer to pay the victimized employee’s attorney fees and costs.

If you are an employee or leader of a Sacramento-area business, and you have questions about how religious discrimination laws apply to you, then contact Perkins Asbill online or call 916-446-2000 to speak with an experienced business and employment attorney.